Strawberries with the Fuhrer

Hello strangers! Almost forgot how to work this thing.

Anywhoo, here's some new stuff for ya.

I recently did a set of illustrations for a friends documentary project "Strawberries with the Fuhrer". Inspired by the book of the same name, it deals with the thoughts, memories and associated guilt of Helga Tiscenko. Now a grandmother in New Zealand, she was once the content young child of one of Hitler's top Generals in the Third Reich. Many of you will be familiar with the book and may even have read it as part of your studies in school. Director Amy O'Connor was so enthralled by the story that she sought out the author, and even traveled to Germany to create what she thinks of as "an extra chapter for the book". It was screened as part of the New Zealand International Film Festival in Wellington earlier this year, where it sold out it's initial screenings and duly had its run extended. The doco turned out great and Amy has recieved well deserved recognition for her directorial debut.

My images were created to accompany scenes where Helga is sharing specific memories about her youth. Time was tight to complete over 30 illustrations, but I was really happy with how some of the images came out. Here are a couple of them, all from different sequences in the film. 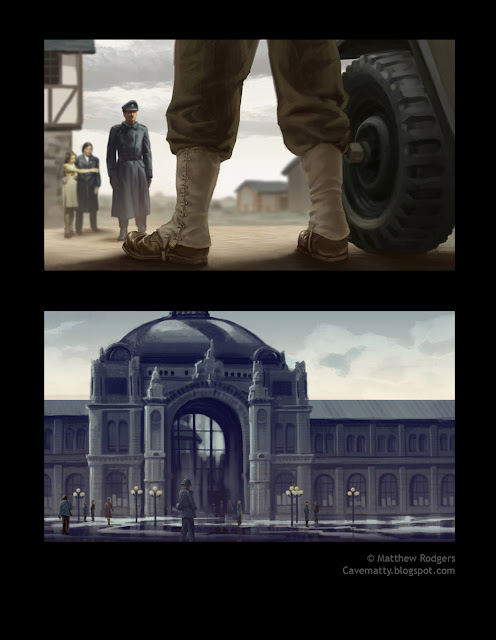 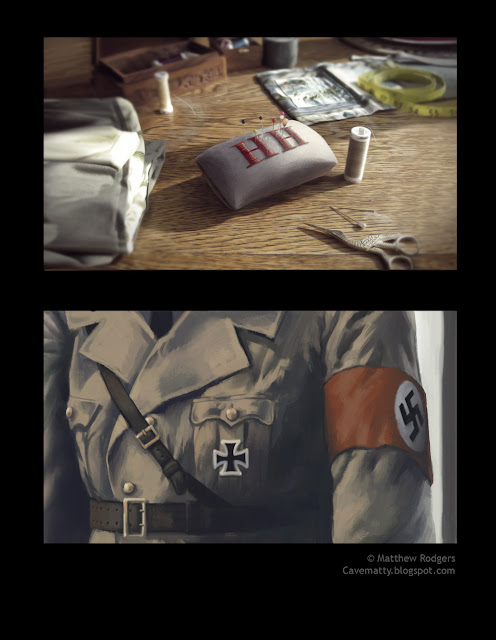