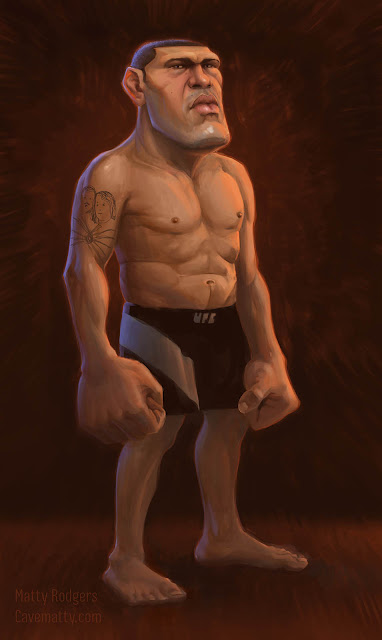 Bigfoot is a huge specimen who has to cut weight to fit under the upper limit of the heaviest weight class in the UFC. his large size and distinct look are at least partially due to a tumor putting pressure on his pituitary gland which caused an overproduction of growth hormone. This causes the hands, feet and face to grow larger than usual. There have been many prominent figures with a similar tumor and the proportions that come with it. Among them wrestling and film star Andre the giant, 7'2" Korean fighter Choi Hong-man and motivational speaker Anthony Robbins.

Bigfoot has been in some amazing wars, heavyweights with their heavy hands punishing each other round after round without stopping. The bloody battle with kiwi star Mark Hunt springs to mind. Thanks for all the amazing fights!